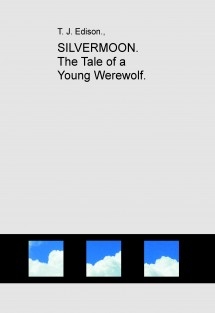 SILVERMOON. The Tale of a Young Werewolf.

Jason Longfellow had just met the prettiest girl he had ever seen, but what he didn┬Öt know, was that meeting her would change his whole life, in fact, turn the world, as he knew it, upside down.

But then again, there were many things that Jason didn┬Öt know.

For a start, he would be betrayed by one of his own kind.

He wasn┬Öt alone in the world.

And one day he would marry.

All things come to a head when his wife-to-be turns up at his windowsill in the middle of a harsh winter and leads him and his friends on a mission fraught with danger, an event in which he will come to know his real self as he fights to defend those nearest to him in a fierce battle against an unrelenting enemy, a Goblin and Troll horde, in the Welsh mountains, and receives help from an unexpected quarter in a fight to the death.

The Hades Gate is slowly unlocking, as it has been for centuries, and only the shattered remains of the Blade Of Olympus, or The Four [...] See book

WELL SAMMY - WHO WOULD HAVE GUESSED ?

With the opportunity for his owner to start a new┬Ājob┬Āin Spain - Sammy, the adorable little mini Dachshund, ┬Āwas looking for a new [...] See book

The story of 1 stray dog and how his family grew to a family of 4 strays and all the others who made an appearance along the way. See book