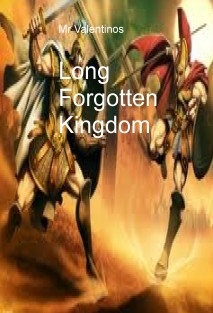 Telli proved to be wrong in his prediction that he would one day be Lord of the Khrelling valley. It was his friend, Stellakis, who was to take on this role, the young smith's quick wits combined with his fluent understanding of Khrelling speech making him so useful to King Beranis that it soon became apparent that he was the obvious choice for the job. Most of the former slaves were to remain in the Khrelling valley. Like the Elnesiders, they were a community in which everyone knew one another, and leaving would mean separation from relatives and friends. Some who, like Seth, could remember a life outside the valley, journeyed to the Kingdom in search of the lost families of their childhood, but most of these, including the big smith, found their family members either dead or changed beyond recognition, and so returned to the community that they knew. The 'camp' became known as Jeweltown in the Kingdom, because of the rich flow of gems coming from the Khrelling caves, these being transported across the mountains, and then distributed around the Kingdom, many of course ending up in the coffers of the King in Tellui.

The community in the Khrelling valley was not the only one to be radically effected by Tellimakis's journey from Elneside to Kellmarsh and back.
No Comments about this book Sign up to comment about this book
More books by this author

We proudly present the first volume of the 'Arabian Nights' which comprises of a collection of 17 beautiful Arabian mythological stories [...] See book

We are proud to present this great novel written by the Romanian novelist and historian Mircea Eliade. See book

We are happy to present to you this first volumeô  which is part of 'Magic Moments' series and consistsô of wonderful selection of [...] See book

Use your Brain for a Change

NLP is used for personal development and forô success in business. NLP is the practice of understanding how people organise their [...] See book

Let me Tell you a Story - The First Volume

We happy to present this first volume of the 'Please Tell me a Bedtime Story' series and that comprises of a beautiful collection of 23 [...] See book

All of the models and techniques of NLP are based on the combination of these two principles. In the belief system of NLP it is not [...] See book 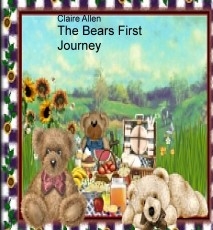 The Bears First Journey
A family of bears take a week out from family life for an adventure.  This is their story. See book
1 book bought
from West Lothian