bubok.com use cookies to customize and provide you with the best shopping experience. By continuing to use our site, you consent to our Cookie. OK
Bubok blog ā Print online Ā» General Ā» What is your cup of coffee doing to your brain? 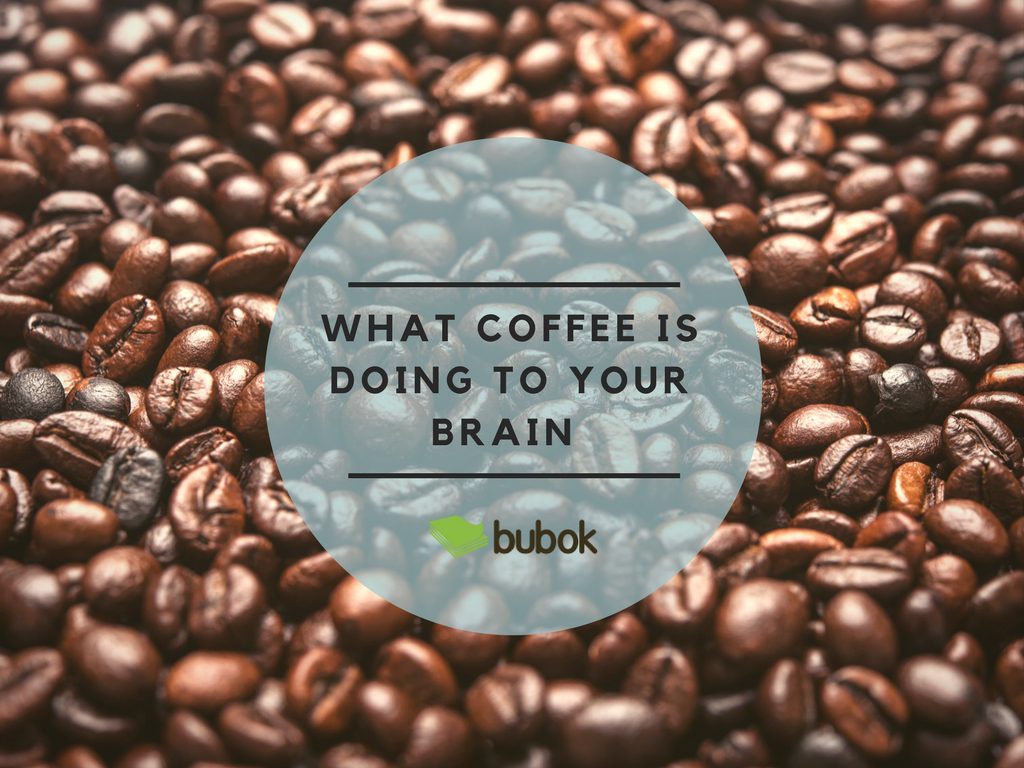 Writers and readers alike commonly share a love for the heaven-like substance of which we call caffeine. Whether you like to consume in it the form of a frothy cappuccino, an energy drink or some sort of pill, the substance has the same mind altering effects. Just to name a few, alertness, a sudden surge of energy, happiness, increased heart rate and anxiety. Caffeine is the second most imported substance in the world, even alongside its undesired side effects.

Why do we lose our minds over the stuff?

Caffeine works by quite literally tricking the brain into thinking that it is not tired when it is.Ā  Known to chemists asĀ  1,3,7 trimethylxanthine, caffeine, has a similar molecular structure to molecules called adenosine’s, which naturally occur in our body. Adenosine has a calming effect on the entire nervous system, which in turn makes you sleepy. Adenosine builds up in the brain all day and works by binding to receptor cells in the brain. Ultimately, the more adenosine there is in your brain, the more tired your brain feels. Which makes sense of why the longer you stay awake, the more tired you feel. Conversely, by sleeping, your brain starts to feel more alert, as the overall concentration on adenosine declines.

Caffeine can also boost feelings of positivity. In some neurones, the adenosine receptors are attached to receptors for another molecule called dopamine. One of the dopamine’s roles is to promote feelings of pleasure in the brain. When adenosine links up with one of the two part receptors, it makes it harder if not impossible for dopamine to fit into the paired receptor. This is why feelings of pleasure and tiredness are usually mutually exclusive, it’s rare to experience both at the same time. When caffeine takes adenosineās place in the receptor, it allows for dopamine to take its position, thus aiding the promotional of pleasure.

What are the negative long-term side effects of caffeine?

Long-term and excessive consumption of caffeine causes the brain to create more receptors for the adenosine to bind onto. Adenosine, in this case, counters the caffeine effect. It then becomes necessary for the consumer to increase their intake to get the same alertness effect. It also means that when you try and stop drinking coffee, you might experience some temporary side effects such as extreme tiredness. The abundance of receptors and lack of competition means that adenosine can work overtime.

Caffeine can also raise your heart rate and blood pressure, it can also cause increased urination and diarrhoea. Similarly, it can lead to insomnia and anxiety.

Are there any positive long-term effects of caffeine?

There is evidence, the effects caffeine has on the adenosine and dopamine receptors can have positive long-term effects. It can reduce the chances of developing diseases such as Parkinson’s, Alzheimer’s and certain types of cancer. The body can react to the substance by losing weight, as it speeds up the metabolism.

How to utilise your caffeine intake

We all have a natural biological clock known as the circadian rhythm which regulates many of our bodies processes. One process it controls it’s our bodies release of the hormone cortisol. This hormone is released when your body is in the āfight of flight modeā, so naturally, it is a hormone that induces high alertness. Cortisol leaves peak between 8 am and 9 am, meaning your body naturally makes it easier for you to wake up at that time.

Scientists have discovered that it is counteractive to drink your morning coffee within this period.Consuming caffeine during peak cortisol times greatly lessens the caffeine’s effect and builds up a greater tolerance to the drug in the long run.

To maximise your wakefulness, drink coffee outside of the following times, 8am-9am, 12pm-1pm and 5:30pm-6:30 pm, so to avoid your surge of cortisol, and to feel moreĀ alert for longer.

Test out this coffee drinking technique today as your start writing your new book!

To understand more on the topic follow this link.

When Nothing Is Impossible.
Impossible is nothing. With that as his motto, Spanish surgeon Diego GonzĆ”lez Rivas takes up his fight against cancer and pain. Using his [...] See book
12 books bought
from POLAND